What is the best fish finder under 300? Nowadays, there are a plethora of options when it comes to fish finders, so I went ahead and filtered through them for you. After conducting research on the top models at this price point, I selected 4 fish finders that will meet most angler’s needs. I looked at things such as display resolution, power, transducers, build quality and accuracy just to name a few. Each model offered a number of different options, and I rated each model after assessing the features according to value for money. I hope my analysis helps you make a more informed decision if you're in the market for a fisher finder.

Comparison table of the best finder under 300:

After reviewing options available in 2019, the HELIX 5 CHIRP GPS G2 takes home our editor's prize of the best fish finder under 300. With tons of features and an intuitive interface, it cements its spot as the best fish finder under 300. Internal GPS for accurate navigation displayed on a bright 5-inch 800h x 480v color display with backlight. It's filled with tons of features, but the standouts are;

The Helix 5 boasts a whopping 4000 watts PTP power output which means you’ll get your readings faster. The out of box transducer has an impressive max depth of 1500ft.

Top pick  for the data-hungry angler  and

Our second highest rated fish finder under 300 is the Deeper Smart Sonar PRO+. The Sonar PRO+ is 3.5oz portable fish finder full of features for all anglers, whether you are a kayak angler, offshore, boat or ice fishing. It works by transmitting a WI-FI signal which is picked up by your phone or tablet without the need for internet or phone signal, allowing you to use it anywhere in the world.

The wifi connection allows the Sonar Pro+ to send large amounts of detailed data to your device via the App available for both android and ios. Offering easy to understand data analytics in real time or later on your computer (for greater analysis and mapping), that will satisfy even the most data-hungry angler out there. While deeper sonar might be the new kid on the block compared to Garmin and others, that is likely to change with their designed and integrated line of deeper pro portable fish finders. Other features include;

The PRO+ performs 15 scans per second which allow you to capture very fast moving objects and has a depth range of 260ft.

The tight budget award for best fish finder under 300 award goes to the Garmin striker 4. I feel that the Garmin striker 4 offers the most features per dollar. The striker 4 has a 3.5-inch color display screen  with  simple a menu. There different modes to select the information you want to display. The display is controlled by very intuitive buttons.

Some of my favorite features are:

The maximum depth is 1600ft in freshwater and 750ft in saltwater.

Runner-up for the best fish finder under 300

Raymarine’s Dragonfly Pro 4 gets runner-up for the best fish finder under 300. It is pretty much a coin flip between the Dragonfly pro 4 and The Helix 5, but the helix edges it out due to my personal preference for the hummingbird interface.

The Dragonfly Pro 4 uses wide spectrum chirp technology. The wide spectrum chirp sonar pulses across multiple sonar frequencies simultaneously. With more sonar pulse entering the water DF can see more underwater objects with photo-like clarity and pinpoint fish with incredible accuracy. Like many fish finders at this price point, it is packed with a lot of features. The features that really stood for me are the following;

It comes with a compact heavy duty ball and socket mounting system which makes it is easy to install your Dragonfly on any surface. Plus, the mount is adjustable making it simple to position your DF for optimum viewing. Last but not least, the Dragonfly Pro 4 has a deepwater performance of up to 600 feet.

What to consider when buying your fish finder:

One of the most important factors to consider when deciding on a fish finder is the cone angle which basically is how wide of a beam is sent from the transducer. A standard transducer will have one beam, either a wide beam or a narrow beam and both have their pros and cons. When deciding, please note that your fish finder can only give you information on objects that are within the cone/beam area.

Wide beam allows you to see a larger surface area which means you can locate more fish within its larger cone area. The downside of the wide beam is that the sensitivity of the beam it sends will diminish quicker. Because of this, you cannot see fish as deep as the narrow cone.

To get the best of both worlds I would suggest you get a dual beam which transducer which sends both a narrow and wide beam allowing you to view a wider surface area while not forgoing depth. The downside, however, is that dual beams usually cost a bit more.

The next thing to consider is the quality of the display on the screen of your fish finder. The display quality is made of pixels. The number of pixels being the important factor here. Basically the more pixels a screen has the higher the resolution of the screen and the better the picture quality that you will get.

Most recommend a starting point of 240 x 240 pixels, but this is rather too low for me especially if you're used to the screen resolution of modern smartphones. You always want to go for the highest number of pixels your budget allows.

I think it goes without saying but in this modern age always go for the color display. The color display gives you clearer images and allows for better differentiation of data. You won't regret it in the long run, especially as technology keeps improving and most brands allow you to update the firmware in the future.

A fish finder's power is measured in watts. The watts determine how fast sonar operates. A higher wattage results in the display of faster readouts, meaning a faster reaction for a reading of a spot you have traveled over resulting in more accurate live results. The shallower the water the less power needed.

If you plan to fish in deep water it is advisable to choose the most power you can get within your budge of course. For inland fishing, 500 watts will suffice and for deep water an excess of 1000 watts is recommended. Power is directly related to how well you see in silt-laden water, view down to greater depths, and successfully resolve separate targets and bottom structure.

You will have the option of purchasing a fish finder that will either fixed which is mounted to the boat or one that is portable and can easily be taken in and out of the boat. I personally prefer the portable option as it operates as proficiently as fixed models but is smaller and allows me to easily carry it around in a traveling case on fishing retreats. It is also ideal for those who rent small boats or those who fish from kayaks.

For boat owners, a fixed fish finder is probably more ideal as they …can be mounted in the desired position with wires hidden underneath floorboards

In this day and age where you can plot and save fishing hotspots, having a fish finder with built-in GPS is a no-brainer. Why would you want to do it the hard way like the picture above and have to plot your spots using a compass? Or even have to purchase a GPS device separately when it is cheaper to buy a unit with both features.

Some of the advantages of a fish finder with GPS are:

I hope this article has helped you select the best fish finder under 300 that is suitable for your needs. Which fish finder is your favorite? Drop a comment below. 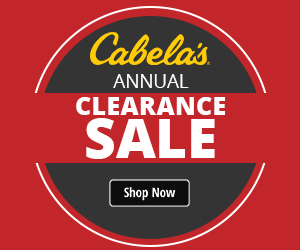